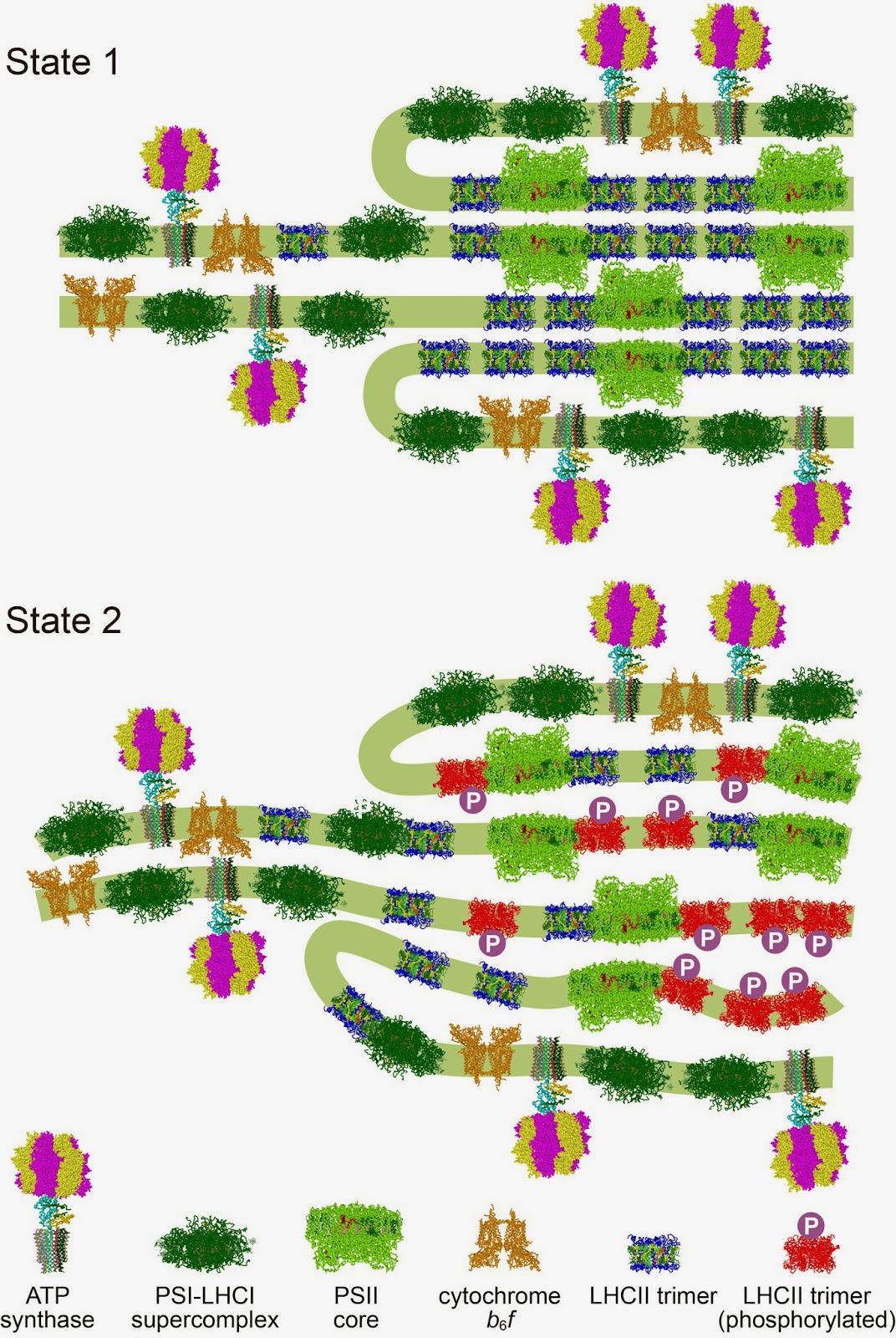 -Abstract-
Plants respond to changes in light quality by regulating the absorption capacity of their photosystems. These short-term adaptations use redox-controlled, reversible phosphorylation of the light-harvesting complexes (LHCIIs) to regulate the relative absorption cross-section of the two photosystems (PSs), commonly referred to as state transitions. It is acknowledged that state transitions induce substantial reorganizations of the PSs. However, their consequences on the chloroplast structure are more controversial. Here, we investigate how state transitions affect the chloroplast structure and function using complementary approaches for the living cells of Chlamydomonas reinhardtii. Using small-angle neutron scattering, we found a strong periodicity of the thylakoids in state 1, with characteristic repeat distances of ∼200 Å, which was almost completely lost in state 2. As revealed by circular dichroism, changes in the thylakoid periodicity were paralleled by modifications in the long-range order arrangement of the photosynthetic complexes, which was reduced by ∼20% in state 2 compared with state 1, but was not abolished. Furthermore, absorption spectroscopy reveals that the enhancement of PSI antenna size during state 1 to state 2 transition (∼20%) is not commensurate to the decrease in PSII antenna size (∼70%), leading to the possibility that a large part of the phosphorylated LHCIIs do not bind to PSI, but instead form energetically quenched complexes, which were shown to be either associated with PSII supercomplexes or in a free form. Altogether these noninvasive in vivo approaches allow us to present a more likely scenario for state transitions that explains their molecular mechanism and physiological consequences.